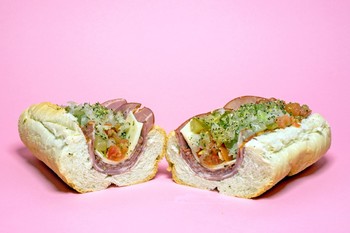 sliced in half. The other comes on a split roll that resembles a bread taco and will require you to cock your head to an unnatural angle to get the entire thing in your mouth. The Italian at Santoro’s is in the latter camp. It’s a soft, squishy boat roll

The story behind why some Italian delis serve sandwich relish. 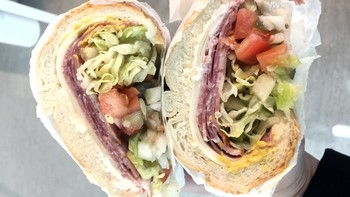 tomato and onion on an Italian sandwich. Where did this Valley relish — and I’m calling that because it doesn’t seem to have an official appellation — come from? According to Salvatore Palilla, who has owned Santoro’s Subs in Burbank since 1996, the