3 New Restaurants You Have to Try in July 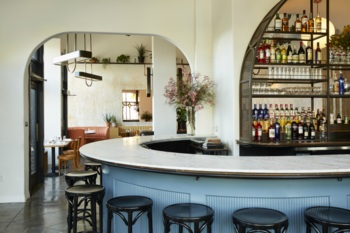 Whether you’re craving seafood, updated Aussie fare, or a stiff drink fit for Frank Sinatra, we’ve got you covered with this month’s best new restaurants. Five Leaves This modish all-day spot in the shadow of the Scientology Center originally hails

When NYC Restaurants Come to L.A., Chefs Have to Spice Things Up 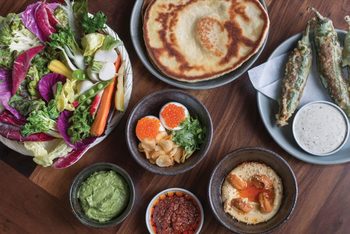 -shows in L.A. than in other cities. “It’s very frustrating,” he gripes, attributing the behavior to Angelenos making multiple reservations and being more interested in celeb encounters. Jud Mongel, co-owner of Five Leaves, a Brooklyn favorite that

Jonathan Gold: L.A. Chapter is hip, but the cuisine is hit-and-miss 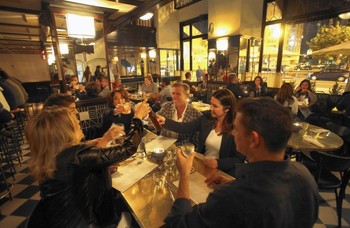 restaurant Five Leaves in the Greenpoint neighborhood of Brooklyn. Five Leaves was apparently inspired by and partially financed by the late Heath Ledger. Its New York Times review leads with an appreciation of a waiter’s excellent tattoos. Mongell and

Addington both spent time in Australia, which probably explains the fried egg, grilled pineapple and pickled beet root on the hamburger (also, probably, the omnipresence of nuts as garnish). The dinner menus of L.A. Chapter and Five Leaves overlap neatly. If